You are here: Home / News / Lyft is now building its own self-driving technology, which is a big deal

Lyft believes that by 2021, “a majority” of its rides will be in autonomous vehicles. But up until recently, it has been reluctant to do any of the expensive work of building and installing the technology necessary to power these self-driving cars. Today, the ride-hail company said it would finally go beyond partnering with other companies on autonomous driving, and in a significant shift, it will start building some of the technology itself.

It’s a bold move for a company that, to date, has been content to simply partner with more experienced automakers and tech firms that already have huge head starts in designing the complex technology that powers self-driving cars. Lyft said it was motivated by a desire to stay competitive in the rapidly evolving field of transportation and automation. (The announcement was previewed in Fortune earlier this week.) 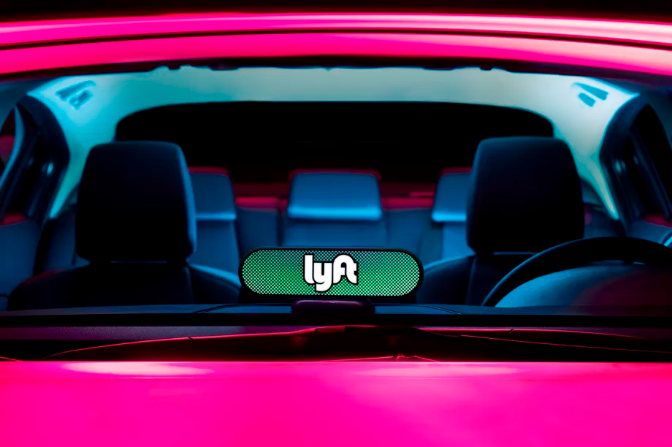 “There’s an open platform,” explained Raj Kapoor, chief strategy officer at Lyft, at a briefing with reporters Wednesday. “Someone, like our existing partners like NuTonomy, brings a vehicle with their own system, plugs it into the Lyft network and they’re moving. What we’re also doing now is creating the software and hardware to enable a car to be autonomous. We’re going to be creating that technology, developing that technology, and then working with partners in the auto industry who are going to be creating the vehicles, bringing the two together, and also putting those on the Lyft network.” 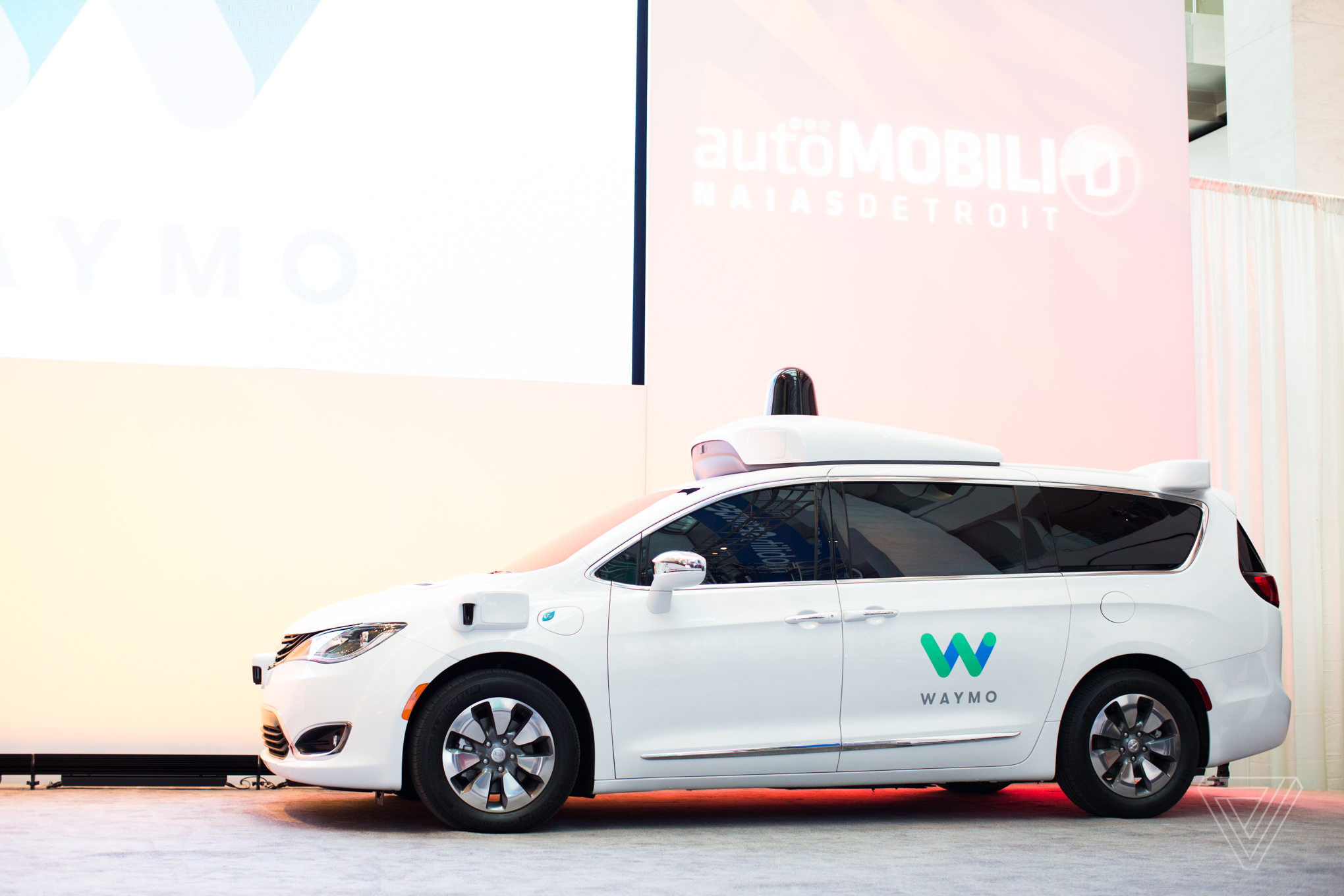 While Uber stumbles from one crisis to the next, Lyft has sought to capitalize on its main rival’s missteps. The ride-hail company teamed up companies like General Motors, Waymo, NuTonomy, and Jaguar Land Rover. The message was that the automakers would provide the cars, the tech firms would build the sensors and mapping equipment, and Lyft would provide the outlet through which these self-driving cars would be deployed and earn money. Now, perhaps enticed by predictions of a $7 trillion autonomous driving industry, Lyft is saying it wants a build its own technology stack so it can operate its own self-driving cars. 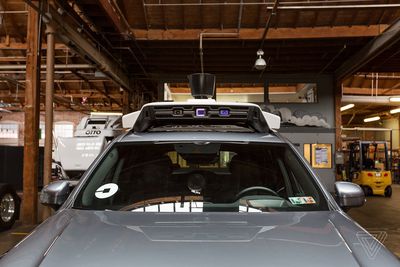 To accomplish this, Lyft is opening a new 50,000–square–foot engineering facility in Palo Alto, California, that it’s calling the “Level 5” center in reference to the most advanced level of autonomous driving. Kapoor said the goal is to have “hundreds” of engineers working out of the facility by the end of 2018.

Lyft describes the fleet of autonomous vehicles that will be operating on its platform in the near future as “a hybrid system” that will eventually include “hundreds of thousands” of cars. Lyft wouldn’t put an exact number on it, nor would it say how much money it would be willing to spend. The company’s executives reasserted their earlier promise to launch a test pilot with autonomy self-driving cars in Boston later this year. 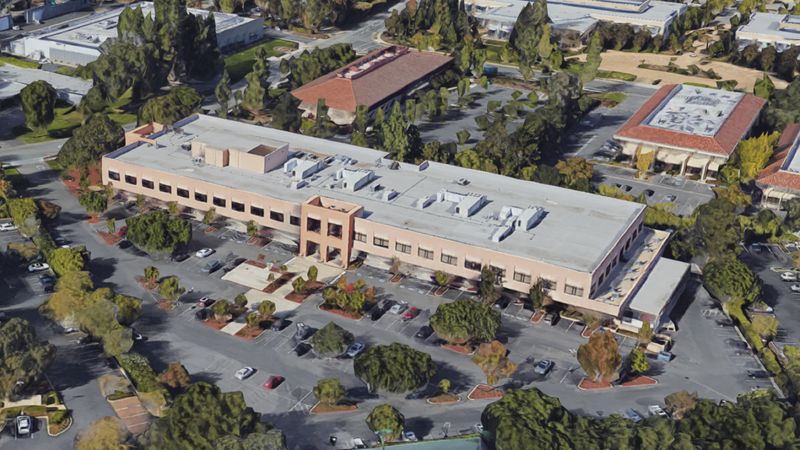 The company was also vague about what components of a self-driving car it would actually be building itself. For example, Luc Vincent, the company’s lead engineer who recently came over from Google, wouldn’t commit to building his own LIDAR, despite the fact that light detection and ranging sensors are the most common feature on autonomous vehicles operating today.

“We’re not going into LIDAR building,” Vincent said. “But we’ll be packaging that in the best possible way for our needs. In other words, we’ll be doing perception — the hardware piece as well as the software piece.” Early on, Lyft’s self-driving cars will be outfitted with off-the-shelf LIDAR “because it is convenient,” Vincent said but could be replaced by something more advanced in the long term. “That’s TBD,” he said.

In terms of why, at this relatively late stage in the game, Lyft was jumping into this expensive and potentially fraught new enterprise, Kapoor said the company had very little choice. “We believe it’s inevitable that this is where the world is going,” he said. “We need to be playing this role. We can’t just look at partners to do it, where you don’t know what the timelines are, etc.”

UNQUESTIONABLY, LYFT HAS A LOT OF CATCHING UP TO DO

Unquestionably, Lyft has a lot of catching up to do. Google (now Waymo) has operated self-driving cars for over seven years, racking up hundreds of thousands of miles on public roads and millions more in the simulation. Uber’s self-driving cars have been on the streets in Pittsburgh since summer 2016, and now has vehicles in California and Arizona, too. The major OEMs like GM, Ford, Volvo, and others all have test vehicles on the roads. Lyft clearly saw its competitors moving rapidly forward and decided it didn’t want to get left in the lurch.

What this means for Lyft’s various partnerships is more up in the air. The company’s executives said they were confident they could develop their own self-driving cars without jeopardizing any of their relationships, but it seems doubtful that all of these partnerships will survive as the competition surrounding autonomous driving heats up.

We reached out to GM, Waymo, NuTonomy, and Jaguar for their reaction to Lyft’s news. Waymo and Jaguar did not immediately respond, while GM said it will look into the matter and get back. Karl Iagnemma, CEO of autonomy, sent us a statement that said, for now, cooperation was key if self-driving cars were to reach a critical mass on the roads.

“The AV ecosystem is constantly evolving and no single winner will be crowned,” Iagnemma said. “Partnerships remain critical to Autonomy’s success, and our aim is to work with groups with whom we share strategic aims and core values. These are partners that are transparent, innovative, and are focused on putting autonomous fleets on the road. We’re excited about the work we’re doing with Lyft, and remain focused on executing on our aspect of the partnership.”

Also See :Samsung may be making its own AirPod competitor, powered by Bixby