Spotify is inaugurating the House of Music Listen to the Minas in the city of São Paulo, with the goal of inserting more women into music and more women being heard. The project is an advance of the initiative begun in 2018 that celebrated the search for gender equality. Now, space will be made by women and for women.

Last year Spotify brought in artists such as Elza Soares, Mart’nália, Karol Conká, Maiara & Marisa, MULAMBA, The Bays and the Mineira Kitchen, Tiê and Lan Lahn. This time, the streaming platform has selected women with a rising career who will create, produce and record songs inside the house, which has a complete studio, mixing room, workshop space, events, and auditions.

The space will be active for six months in the western zone of São Paulo, and will be open so that these early artists can take advantage of a complete studio structure, recording singles alongside experienced professionals such as Lahn Lahn, Mahmundi, Florencia Akamine (mixing and mastering), Bia Paiva (sound technician); Lilla Stip (sound engineer); Allyne Cassini (sound engineer), among other great names in national music.

They will be able to live with one another and will also participate in a learning environment, which will include, among other activities, workshops, events, shows, and debates. They will represent the most varied musical genres, such as funk, pop, rock, hip-hop, and gospel and will have renowned bridesmaids such as Negra Li, Priscilla Alcântara, MC Pocahontas and Maiara & Maraísa, who will be available to talk and exchange experiences with selected.

Spotify initially selected 12 artists to enter the house and go through that experience. In September, another 12 artists will participate in the project and will be chosen by a team that has Monique Dardenne, Camila Garogalo, Bia Rizzini, Letícia Tomás, Flavia Biggs and the Spotify team. Check out the selected ones:

Spotify has been promoting a series of updates on its platform. Recently the app began to separate songs and podcasts in a recent upgrade from the premium version, allowed radio with custom songs, and the Android version won sleep timer and better integration with Google Maps 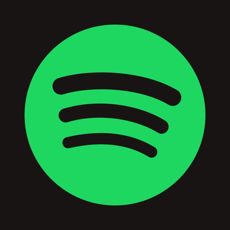