Results of engineering samples based on the Sunny Cove architecture of the Ice Lake chips were leaked on the CPU-z platform along with the Intel Comet Lake and AMD Ryzen 3000 processors. It is worth noting that the 10nm Sunny Cove by Intel has not yet been seen in action, u better, in products already finalized for the consumer since the beginning of its commercialization.

When it announced its Sunny Cove 10nm architecture at Computex 2019, Intel revealed that they achieved an 18 percent improvement in the IPC and, at times, upgraded up to 40 percent over the Skylake architecture. There are no independent sources for confirming company numbers, so you’ll have to wait for manufacturers to launch their respective products in the markets so numbers can be earned.

However, a member of a Chinese forum posted what appears to be several AMD and Intel chips along with their single-core performance numbers in the CPU-z benchmark. They include AMD’s Ryzen 3000 series processors and Intel ES chips, which will be featured at 10th Gen Comet Lake and the Ice Lake family. 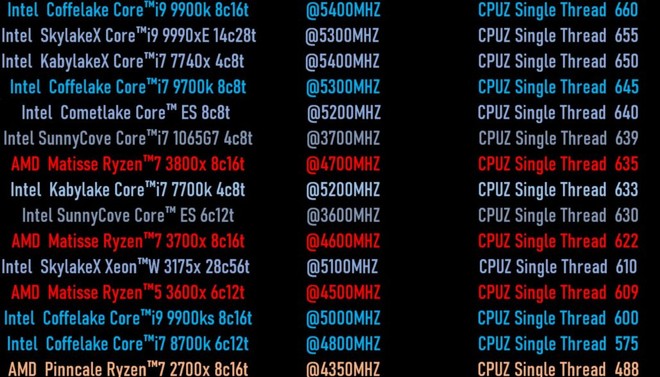 In this way, each chip will run at a higher pulse rate in as many cores as possible, and since this specific CPU-z benchmark uses only one core, the frequency was only for a single core. So the Ryzen 7 2700X from AMD offers a score of 488 points at 4.35 GHz, while the Core i9-9900K ends at 600 points at 5GHz, so AMD got some good IPC gains with Zen 2. 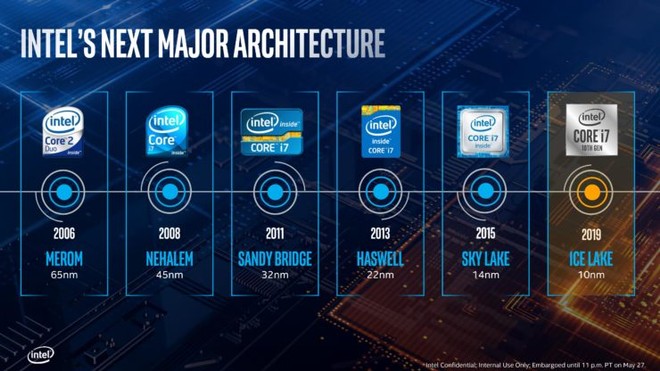 Looking at the Intel ES chips, it is worth noting above all the Sunny Lake-based Icebreakers at 10nm. There are two models listed: the Core i7-1065G7 and an older, unnamed, 6 cores and 12 thread. The first units at 3.7 GHz and marks 639 points.

The six-core Sunny Cove has a frequency of less than 3.6 GHz and reaches 630 points. If these results are real, after several years without IPC gain, Intel could finally have a great architectural victory coming in the form of Sunny Cove on the 10th generation processors.

The chip was seen running at 5.2 GHz and scored 640 points, which are only 5 points in the Core i7-9700K, a highly possible score, but it is worth noting that everything is based on an unofficial and analysis, so it is necessary to wait.