One of the most anticipated smartphones of the year is the iPhone 8, which will hit the market to revolutionize Apple’s line of handsets. Rumors indicate that the iPhone 8 will feature several very interesting features, including an “infinite screen” and two vertical rear cameras, plus a new look. Now, two new leaked photos reinforce the presence of what can be one of the device’s best features.

As we can see in the images below, this is a component that will be present on the iPhone 8, but that had not yet been included in any other device of the brand. This small component will be responsible for the wireless upload of Apple’s next major release, a feature that already exists in the Galaxy S8, for example, but which had not yet been included in any iPhone.

Rumors about the iPhone 8 are still a bit confusing and it is unknown, for example, the fingerprint reader’s position. At first, it was speculated that he would be under the screen; After which he would be in the back, a rumor that lasted only a few days and soon was extinguished. Now, it is believed that the digital player will actually be on the power button on the side of the device. However, industry sources say that Foxconn is producing the iPhone 8 with Touch ID on the screen. 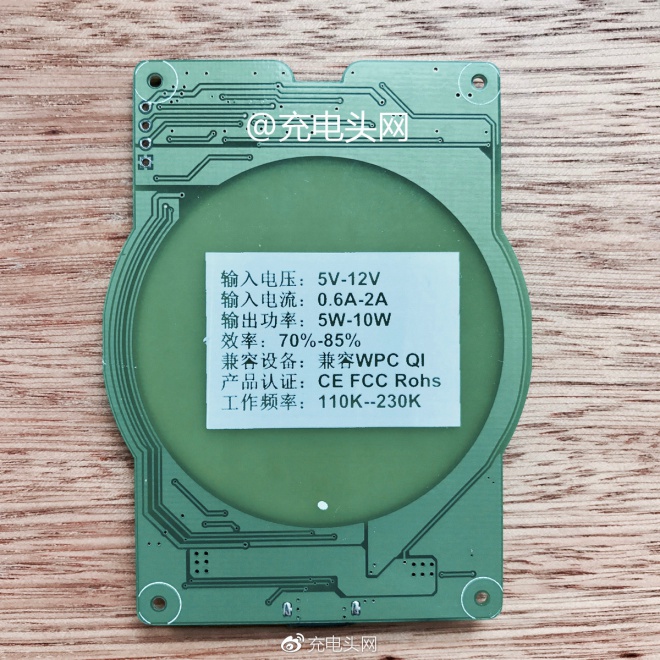 Fortunately, all this should be properly revealed by Apple itself in the event of the announcement of the iPhone 8, which can happen already in September this year, alongside iPhones 7s and 7s Plus. However, it is worth remembering that some rumors indicate that sales of the device will start a few months later because of delays in production. Anyway, we have to wait for Apple’s official pronouncement to have the necessary confirmations.