You are here: Home / Hardware / Intel Optane VS. StoreMi, how are they different?

A look at how these two technologies work when accelerating our hard drives. 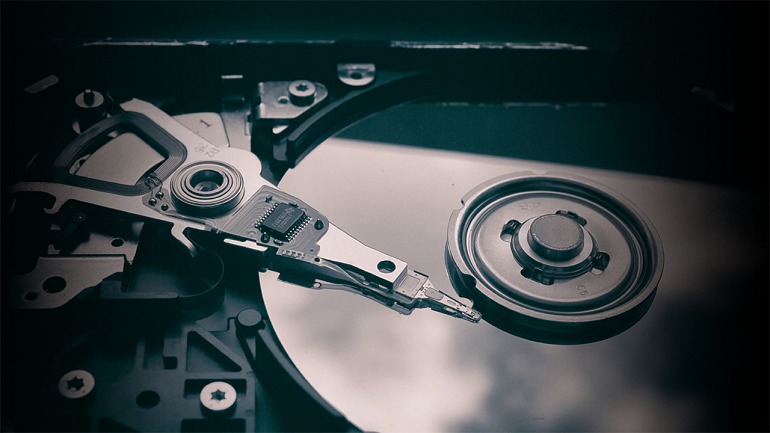 Since the arrival and popularization of the SSD, many users have chosen to incorporate these “disks” for storage in their equipment, given their speed and efficiency. During this process, the technology has greatly improved the characteristics of this component, eliminating many of the problems it presented (such as instability, or a relatively short lifetime, among others) and catapulting SSDs as the best storage alternative for our teams. Or this would be the case if it were not for the only problem that this technology maintains: its price per gig of storage.

Although undoubtedly improved, the cost of purchasing these products remains the main limiting factor when carrying out our purchase decision. For this same reason, many companies have developed their own proposals to offer the best of both worlds in an attractive way for the consumer. Today we are going to talk about two of the two most successful options: Intel SRT (With Intel Optane) and AMD StoreMi.

What exactly do they do?

Both AMD StoreMi and Intel SRT are technologies that integrate different storage solutions to improve the speed of our hard drive. Both work in a way that is relatively similar to proposals we have already seen, such as hybrid hard drives (SSHD) or Apple’s Fusion Drive, where a small high-speed NVME memory is used as a cache to access the most recurrent files of our equipment while we use it, in this case, using two different storage devices. 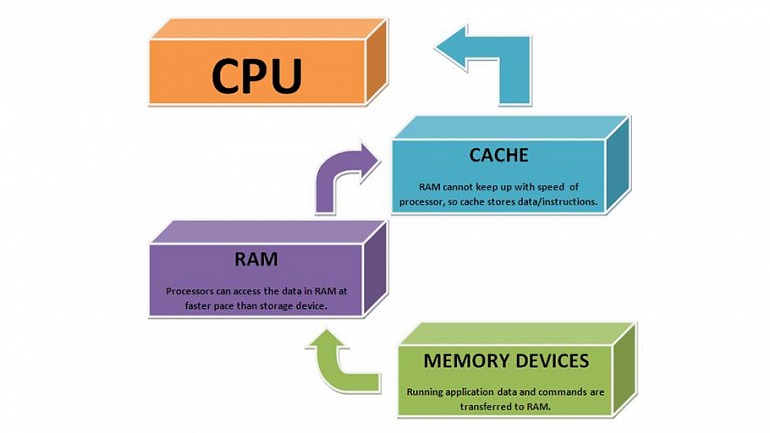 This works by how the files are managed by our team. Each file of the equipment, although perceived as a unit, is divided and located in different parts of our storage, with the aim that the most recurrent and used parts are easier to access. These technologies place these “recurring data usage” in the fastest memories to improve the speed at which our team develops with these files. However, this solution has historically presented several problems of stability and performance, so they are not a recurring option. The proposals of AMD and Intel try to correct these problems, although each one does it in a different way.

Store Machine Intelligence Technology or StoreMi, is the proposal of the red company. It is based on FuseDrive, a software for companies that “fuses” an SSD, an HDD disk and part of our RAM in a single storage disk, obtaining in the process a unit with the speeds that we can find in an SSD next to the storage of the HDD. 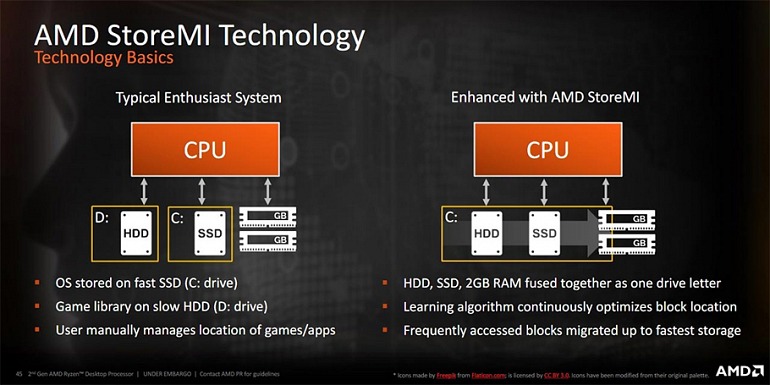 To achieve this, what StoreMi does is to unite the storage units in a large block and, within it, order the units in a staggered way (That’s why it is known as Tiered Storage) with RAM being the fastest memory, the SSD the second fastest and the HDD has the lowest speed.

From there, when we load our applications StoreMi “learns” which are the heaviest files and sends them from the HDD to the SSD through the RAM, which uses as a cache. Therefore, the first time we upload our programs we will not notice any improvement, but once we use it, we will have the files in the most efficient way.

The initials of Intel SRT come from Smart Response Technology, a technology that Intel began to develop with the launch of its SSD about four years ago. This technology associates an SSD unit with another storage unit (HDD or SSHD) so that the first one acts as a large data cache that allows quick access to recurring files. It is for this reason that Intel SRT scales with the speed of memory associated with the HDD, therefore, when Intel developed with Micron Technology the Xpoint technology, of a very high speed, Intel began to develop its integration with ISRT. 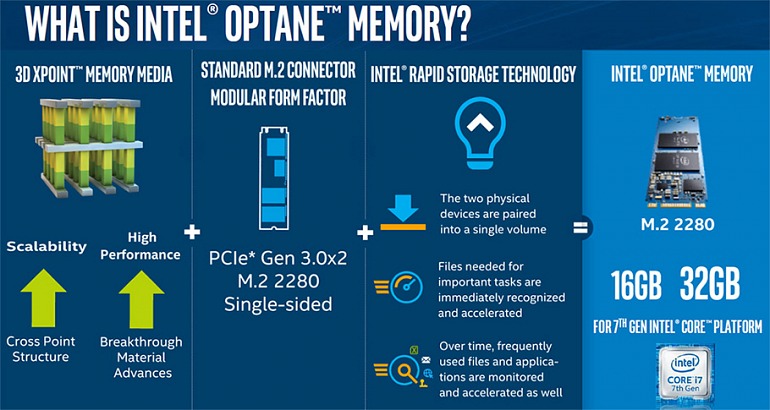 Together with this technology, and taking advantage of the non-volatile nature -the data is conserved after cutting off the power supply, unlike the RAM memories- of Optane, the storage unit, now as a cache, is able to memorize which files each program as we use it. In this way, and once you load the program for the first time, Optane knows which data you need to access quickly to speed up this process.

What differences can we find?

The differences when using both proposals exist, but a typical user will only be interested in having these technologies do what they offer. In these two cases, it is like that, although it is interesting to point out some of the differences: 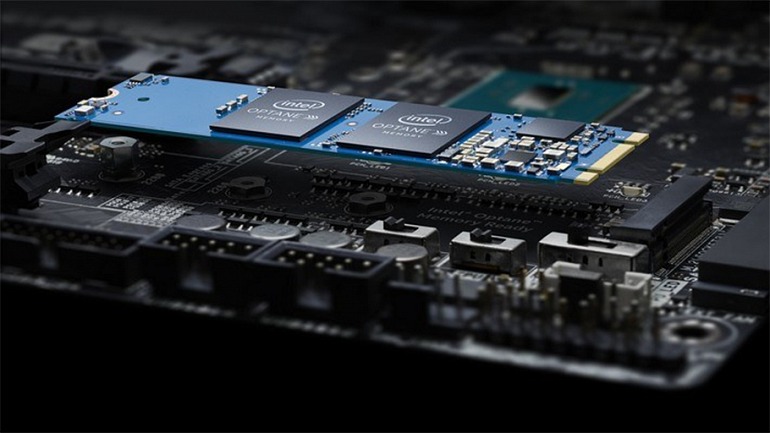