It has been a few weeks since the release of the final DLC for one of the best games of the year, and Immortal Fenyx fans are already hungry for more contents. The latest addition to the game, The Lost Gods, has really made a gameplay difference, giving players a lot for the money. The DLC comes with new characters and new mechanics, and it will provide gamers with the opportunity to try new things. The Lost Gods is by far the best DLC released for the first season pass, and it will make up for the disappointment after Myths of the Eastern Realm.

During the story of The Lost Gods, Ash’s main mission is to find and reunite the Olympians. The graphics are great, and the gameplay promises to excite both hardcore adventure gamers as well as gamers who enjoy playing mythology-related slot games such as Age of the Gods: God of Storms on their computers or on mobile devices. After all, games related to Ancient Greece and to deities never go out of fashion and player who spend their money on them, normally feel that the experience is worth every penny.

The Lost Gods DLC adds a lot of gameplay value to Immortal Fenyx Rising. Some say that it is almost like playing a completely different game. It will take the average player about 15 hours to finish the latest DLC. This means that the new contents are longer than DLC 1; A New God and DLC 2; Myths of the Eastern Realm. Apart from the new story, players will get the opportunity to experience a number of new combat system mechanics. The Lost Gods story unfolds at a much faster pace than that of the previous DLCs, and developers have done their best in order to allow players to avoid wasting time on meaningless missions. 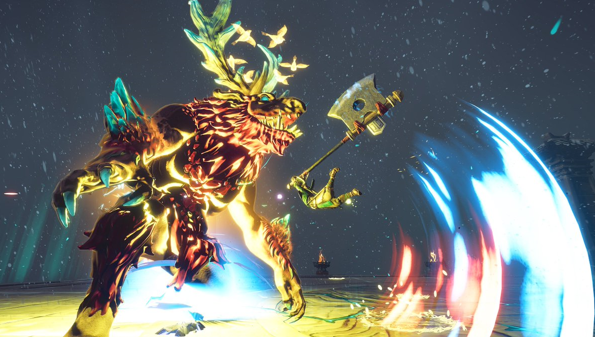 The latest DLC addition has increased the value of the Season Pass. After the mixed reviews of the Myths of the Eastern Realm, Ubisoft had to come up with something great in order to please the fans of the game. The Lost Gods has made up for everything that was missing up to now. Those that will finish the game will feel that Ash’s story in Ancient Greece is complete.

A Gaming Series Opportunity that Can Challenge Assassin’s Creed

Ubisoft has sold millions of copies of Immortal Fenyx Rising. It is certain that more people will purchase the game when Sony and Microsoft finally manage to supply the market with enough PlayStation 5 and Microsoft Series X consoles to satisfy the increasing demand for 9th gen gaming hardware. Until that happens, the game’s developers have enough time on their hands in order to start working on a sequel.

Some players are asking for a sequel based on the mythologies of Ancient Egypt or on Asian legends, but many have expressed their thoughts about getting a game with a theme that has not been used up to now. Just imagine how cool Immortal Fenyx Rising 2 would be if the game’s story developed during Mayan, Aztecan or Incan times. Such a game would definitely challenge Assassin’s Creed for the throne of history related adventure games.