Home Android Google Gboard 8.4 starts to be released with higher emoji menu and...

After arriving in the testing phase since mid-June, version 8.4 of the Gboard began to be available in the final version with news to users. The Google keyboard now has a higher emoji area and functions to import and export a dictionary.

With the large selector, you can view more emojis on the screen without having to slide down. The same goes for stickers and GIFs. In contrast, additional space is taken from the top of the screen, as you can see in the following screenshots:

In other recent versions of Google Gboard, the app had lost device-to-dictionary synchronization. Now the Mountain View giant has introduced a new feature to allow in-app insertion.

You can import or export a dictionary through a file called “PersonalDictionary.zip”. The path is as follows: first, go to the Gboard dictionary settings and select one of the languages with which you want to work. In this part, access the three-point menu and enter the most appropriate option to include or save.

If Google Gboard version 8.4 has not been released to you, rest assured. The release is gradual and should be coming soon. The application can be downloaded through the links on the card below the text.

Recommended: Plans postponed! Meizu 17 with 5G support expected by the second half of 2020

Have you ever been graced with the new features in the latest version of Google’s keyboard? Report to us in the space below. 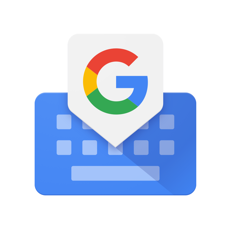