You are here: Home / Android / Google Arts & Culture gives different image of the Moon with images of the Apollo 11 mission

In the month celebrating the 50th anniversary of the astronauts’ first arrival to the Moon, Google Arts & Culture has decided to provide a different experience to its users. The application now includes images and content from the Apollo 11 mission on its platform.

The initiative was made in partnership with the Smithsonian National Museum of Air and Space – owned by the same institute owner of the Smithsonian Channel – in Washington, USA. Through augmented reality, in a compatible smartphone, the web surfer will be able to see up close the command module that took Neil Armstrong, Aldrin, and Collins to Earth’s natural satellite.

The user will be able to see in 3D, besides having the chance to approach the image and change the angle, to see more details. With the AR feature, you can still “transfer” the module to the environment wherever you are.

Google said it intends to offer the “tech visit” with the preview of Armstrong’s spacesuit. The clothing that astronauts used to walk on the lunar surface is expected to be available by the end of this month of July.

Recommended: Play Store Promotion: See 87 apps that are free or with Android discount

To check out the new content available on Google Arts & Culture, simply type “Apollo 11” in the Search or access this link on the official website. In addition, the tool can also be downloaded through its Android and iOS apps. 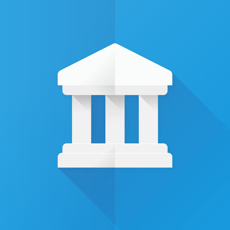