You are here: Home / Android / Galaxy S9 and S9 Plus receive update that closes bugs of the latest beta of Android 9 Foot

Samsung has taken advantage of this Thursday (13 December) to release a new patch package aimed at eliminating the problems reported by users after the installation of the third beta of the One UI based on the Android 9 Foot in the ninth Galaxy S family.

Following the brand’s timeline, the update is currently being distributed in South Korea, compiled under G960NXXU2ZRLA version on Galaxy S9 and G965NXXU2ZRLA on Galaxy S9 Plus.

The same update will arrive gradually in all regions where the beta program is active. 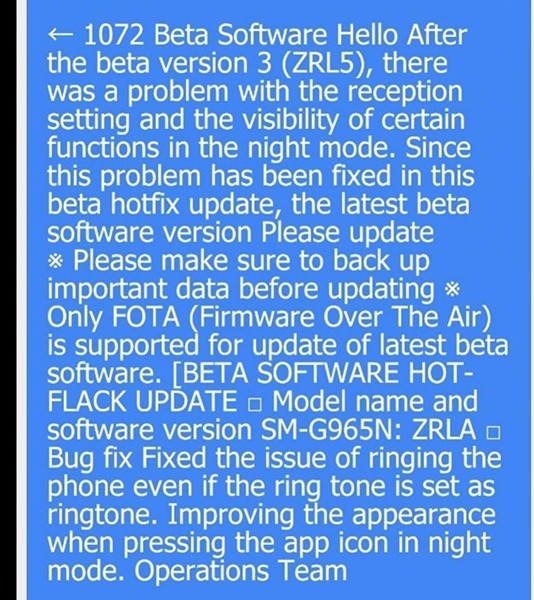 The third beta version of Android 9 Pie working under the new exclusive interface of the Galaxy family was released this week for the Galaxy S9 and S9 Plus , correcting failures with autocompletion, freezing the dialer application, unexpected YouTube shutdown when the user entered the screen of recent applications, delays of responses during layers, among other issues reported in the Samsung community.

In addition to the redesigned interface, the Galaxy S9 generation also gets improvements for the cameras and the latest Android security suite in the December 1 release released last week for the brand’s phones.

Users who participate in the beta program can access the Settings> Software update path > Download updates manually to install the new version of One UI.