You are here: Home / Android / Exclusive Content! Twitch tests channel capacity to broadcast only to subscribers

Twitch competes firmly and strongly with YouTube and even Facebook Gaming in the market for streaming platforms for gamers. The service has great appeal among fans of League of Legends and others more e-sports and is now earning a feature that should liven up its community of creators.

In the beta phase, the service is launching the possibility for Twitch affiliates and partners to make subscriber-only broadcasts as a further incentive for users to fund their favorite channels for, in addition to exclusive emotes and medals.

It will work like this: affiliates and partners who broadcast matches in 90 different days without any type of penalty may choose to close a broadcast only to that group that has signed their channel. A preview, however, would be available to anyone as a way to encourage the audience to fund it to access the stream.

It is extremely important not to violate any of the rules of use of the platform in its last 90 transmissions in 90 different days, under penalty of not being able to integrate the beta program even if it complies with all other rules.

Remember, Twitch is a platform owned by Amazon. Amazon Prime Video users automatically have a Twitch Prime subscription as well.

Earlier this year the company even offered free months at Switch Online to encourage its customers to venture into the features of the Japanese hybrid console.

And you, do you think this new feature will encourage mariners to subscribe more to platform channels? Tell us in the comments! 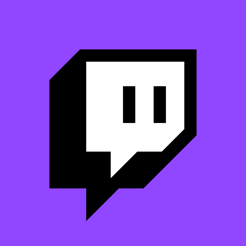