Samsung’s head of mobile device division DJ Koh provided hints about what Sammy will launch in the second half in an interview with our HDBlog.it brothers, and that includes the answer to a question that intrigues brand enthusiasts: when Galaxy Fold will finally be released to the public?

However, before discussing his foldable device, the executive confirmed the date of arrival of the Galaxy Note 10: the device will be released on August 7 at an event in New York City.

Koh’s long interview addresses Samsung’s experiences with its foldable device, its launch and also comments on other concerns of the company in areas such as its future and 5G, and comments on the effects of the war between the US and Huawei. We will divide into themes to facilitate understanding.

After returning to the factories of the company, everything indicates that the Galaxy Fold has an imminent launch. There is no confirmation yet, but it appears that the company’s fold should finally reach the shelves in early September, now that the changes needed to address the issues that delayed the launch of the smartphone appears to be working.

In the last two weeks, we’ve identified all the critical issues and issues and are now in the large-scale testing phase. When this verification is complete, we will make an announcement, it is a matter of little.
DJ Koh, CEO of Samsung’s Mobile Devices Division

The executive admitted that, under pressure from the competition, the company launched the device ‘too soon’ and therefore some components of the phone ‘were not perfectly prepared’. And this was seen in the units sent to the press and influencers. Therefore, the company wants to take all the time necessary for Galaxy Fold to be a reliable product when it is launched.

We wanted to test the Galaxy Fold on the market and that is why we gave some devices to be tested: we wanted to understand how the product would be used by users after they went on sale. From this initiative came some indications, some even curious as those related to those that we removed some components of the phone. But we also realized that there were things to fix. And even if that were a waste of time, we thought we did the right thing. ”
DJ Koh, CEO of Samsung’s Mobile Devices Division

The executive does not see Galaxy Fold’s withdrawal from stores as Galaxy Note 7 failed three years ago, but past experience has led the company not to underestimate any detail at this pre-launch stage. In addition, Koh ensures that Samsung has strengthened from the experience, turning the huge $ 6 billion investment loss so that new problems do not occur.

As a result of this new posture is the new battery analysis system with eight checkpoints, and change throughout the process of acquisition and analysis of components before returning to production.

We humbly listened to the information provided by users who had tested the devices and fortunately found the problem. A good lesson for us, but this has nothing to do with the Galaxy Note 7 case . At that time, the concern was directly with the safety of our market users following a serious battery problem. In the case of folding we speak instead of usability and product quality. ”
DJ Koh, CEO of Samsung’s Mobile Devices Division

The case of Note 7 made me very angry. At first I could not understand how this could have happened. Then, when I saw that the people on my team started quarreling and blaming each other, I realized that I should have dealt with the matter more calmly. I announced that I would not rule out anyone assuming full responsibility for what happened. But above all, I established two principles. The first is transparency: you can not be a big company without openly discussing problems inside and outside the company with the press. The second is responsibility. We must speak clearly to everyone, from partners, as telephony operators, to end users. “

No product is 100% perfect, and even an ordinary smartphone can break if accidentally dropped. Thus, even collapsible ones have implications in certain cases due to misuse, we are conducting much of our own tests to evaluate the impacts of these modalities. Our goal is to make these devices as safe as possible to fully meet the expectations of our consumers

Koh explains that Samsung made the first one flexible nine years ago, but the company needed time to develop the protection mechanisms and systems, making them safer to prevent misuse from generating problems, especially at the time of the fold.

The CEO also believes that between six months to a year, the company will improve the management of some aspects. Samsung’s smartphones are waterproof and dust resistant, the trend is for folding to reach the same level within a year.

Line A: unpublished functions at an affordable price 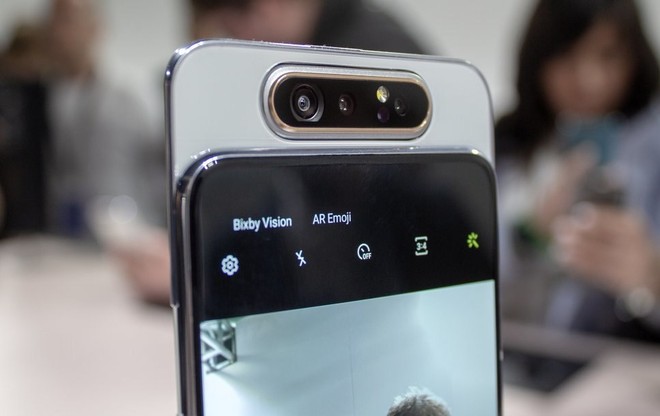 The Galaxy Fold is not the only concern of Samsung at the moment. In addition to efforts to launch the Galaxy Note 10, mentioned earlier in the article, the company focuses its focus on the A-line, especially on the Galaxy A80, which is Samsung’s strategic response to the requirement of two types of audience: young and those who like advanced products at an affordable price. DJ Koh ensures that the product is not a downgrade of more powerful lines thanks to distinct functions such as the rotating camera.

In addition to flagship products where we can showcase our technological leadership, we now have a new series of smartphones to better respond to the needs of Generation Z and young millennials. It’s a very demanding challenge because the cost of components – from processor to screen, from memories to radio components – is growing. These are essential elements to deliver a rewarding consumer experience, but exponential price growth is not working. ”
DJ Koh, CEO of Samsung’s Mobile Devices Division

The Galaxy S10 5G, Sammy’s first product to support fifth-generation networks, is just the beginning of a phenomenon that will directly impact people’s lives. And that goes beyond smartphones. Samsung should have a new generation of products that will use the technology, from laptops to the automotive industry.

Instead of sending a novice employee, we can use highly skilled and trained users who will use RV / AR viewers working online in real time. Even those working on a farm can use IoT to find out where their livestock is, knowing their health immediately, when it’s time to feed them and whatever. Only the 5G is able to make this kind of scenario possible. Rather than being intentionally commanded, devices will need to understand our behavior and our intentions through machine learning and identification functions. 2019 was a turning point. But the impact we will have in the next 3 or 4 years on the level of transformation of the experience will be much greater than what we have had in the last 10 years.

To create a primary phone, we need to collaborate with 2 to 300 partners only for the hardware part and over 100 for the software part, including Google and Microsoft. It requires mutual respect, collaboration, sharing of innovations. “

Finally, the executive commented on the recent US-Huawei dispute, which impacted the entire smartphone industry during the first half. DJ Koh has relaxed the situation and does not see the fight as an opportunity in case of changes in scenarios – it is worth mentioning that Huawei has returned to the list of reliable companies in the USA.

I do not know why these things happen or what will happen in the light of certain commercial wars. Instead of paying attention to such cases, I’d rather think about my goals, there are so many things I have to think about, the folding phone and what’s to come. “” And for the next Galaxy S11, I’m a busy man. Politics is something else. When the trade war is resolved, the situation will change again.That’s why we go our own way, speeding up our roadmap, but without taking advantage of those situations. “