Home Apple And the privacy? Apple employees can hear Siri-captured audio on iPhone 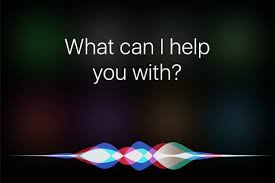 While always investing heavily in user privacy discourse, Apple also uses employees to listen to voice commands sent to Siri. The information was revealed this week by The Guardian and confirmed by sources who have already worked on this activity.

According to this source, a team of outsourced employees has access to audio snippets captured by iPhone, Apple Watch and HomePod, often containing private information. In one example, doctor-patient conversations, business negotiations, drug buying, and even people having sex have already “leaked out.”

Content captured by devices is also accompanied by location, contact details, and application data used by the device owner. Also, the biggest problem involves Apple Watch. This is because the watch starts recording when it detects some movements towards the mouth.

Commenting on the matter, the source also said that everything happens because Siri is often accidentally activated. Also, while audios are available to company employees, they never charge for content issues :

We have access to this information because Siri is accidentally activated. At the same time, we are also aware of location, contacts, and other user data.

Apple has responded to the British newspaper by confirming that it actually has access to a small amount of audio captured by Siri. However, the company claims that this serves to help detect technical failures. In addition, the company denies being able to identify users:

A small part of the commands made to Siri are analyzed to improve the assistant and dictation function. The person’s requests are not associated with the user’s Apple ID. Siri’s responses are reviewed in secure facilities and all reviewers are required to adhere to Apple’s strict confidentiality requirements.

The company also states that users are aware that captured audio can “be used to enhance the assistant experience .” However, what she never made clear is that other people can hear excerpts from the recordings in the process.

Remember that Apple is not the only one to be the subject of such a complaint. Recently, several sources have revealed that Amazon and Google also use third-party employees to listen to audios captured by their respective virtual assistants.