Home News And it was down the drain! Famous streamer gets kicked out of...

Anyone who was present yesterday at the opening for the public at E3 2019 may have been surprised to see one of the world’s most famous streamers being kicked out of the event unexpectedly. But this action had a very plausible justification because there was a serious offense on the part of the player: filming inside the bathroom.

The protagonist of the lamentable scene was Herschel “Guy” Beahm IV, known on the Internet as Dr. Disrespect, with millions of followers around the world who accompany their gameplays and highly requested in events by major gamer market developers such as EA.

The 37-year-old man, who was making his first E3 appearance, decided to record a few moments inside the event to share with the folks following him at Twitch. However, he was unhappy by keeping the video running when he entered a public restroom, exposing the privacy of everyone present within the venue. 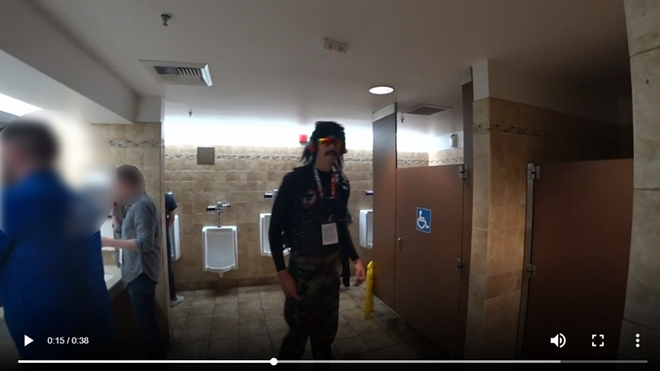 In addition to performing undue action at the private location, he even shouted “Bodyguards!” to scare the men, including a child, who were making use of the urinals. In addition, Dr Disrespect still came in twice more on the spot, where on one of the occasions he made use of the bathroom to urinate, and all those moments were filmed by him.

Even though from an angle where it is not possible to visualize the sexual organs, the streamer has performed one until it goes against California privacy laws, and this action has caused his expulsion from E3 as well as the suspension of his channel at Twitch, which still it is not known for how long it will be off the air.

Recommended: PES 2020: gameplay shows details of the gameplay in the most updated version of the game

So far there is no official note from the Entertainment Software Association about the event, but it is a regrettable episode in one of the most important weeks of the year for the global gaming market.

Antonio Polishkev - February 27, 2021 0
The ComioX1 Device was Launched in the year July 2018 by the Comio. The Comio X1has a Touchscreen with Screen Size of 5.50. It has the dimensions(mm) of . This Device is powered by a quad-core & runs a memory of 2GB. The Comio X1 runs on Operation system...
All Rights Reserved © Techwikies.com