You are here: Home / How-to / Know All The Usefull iOS 13 Tips And Tricks

There are some useful iOS 13 Tips And Tricks that take your phone to the next level. Apple’s latest iPhone operating system offers a heap of new features. But using new software can be a little overwhelming. Don’t let yourself over exhausted — we’ve already done it. Here are some coolest tricks on how to take advantage of iOS 13’s, and a few older tips as well. Here’s how to download iOS 13 if you’ve not got the latest update yet.

How to play live radio through Siri in iOS 13:

Did you know ask Siri can play a selection of radio stations in iOS? But not strictly for iOS 13 — some areas receiving this function as a part of iOS 12 — many users get it in iOS 13. It’s very easy just say, “Hey Siri,” and follow up with “play [name of any radio station] radio station.” Siri can access the radio station and then begin playing it.

How to add Siri Shortcuts in iOS 13:

Siri Shortcuts assign quick actions to Apple’s assistant, Siri. This feature available in iOS 12, but in iOS 13  Siri takes an important role you can now find Siri Shortcuts in its own app. To get started just Tap the Shortcuts app. After that tap the Create Shortcuts button to create the simplest shortcut. The interesting Automation tab allows your device to react efficently to changing contexts. As it automatically shares location to your other half when you’re coming home or it can play a specific song when you get it. Finally, the Gallery shows a range of predefined Shortcuts from that you can get inspiration for your own creations.

How to use Look Around in Apple Maps:

This feature allows you to “look around” a location before you visit. To use it, just point to a location on Apple Maps and select it by long-pressing on the map. If Look Around is supported in this location then you’ll easily see a Look Around image. After that just click it to jump down to street level and drag to move around. Now you are here, you can also drag up from the bottom of the screen or add it to your Favorites.

Apple doesn’t yet have the same coverage as Google, but it assures the users to have the entire U.S. covered by the end of 2019 and then with other countries following afterward.

How to use Swipe Typing:

In iOS 13 Apple is also adding brilliant feature Swipe Typing to iOS’s default keyboard. Long loved by many millions of users. In this mode, you just need to swipe your finger across your keyboard’s keys to type a word instead of tapping out each character out. It’s generally thought to be a faster way of typing other than tapping.

It’s on by default there’s no need to switch this option on —and you can use it just dragging your finger across your keyboard.

How to Customize Your Animoji and Memoji:

Now you are no longer need an iPhone with TrueDepth technology (either the iPhone X, XS, XS Max, or XR) to create a Memoji in iOS 13. But you’ll need a TrueDepth camera to have your Memoji or Animoji follow your movements, newer on iOS 13 or owners of the iPhone 6S  will also be able to make their own Memoji.

Just look into iMessage, open a conversation, and press the Memoji icon, followed by the “+” button. 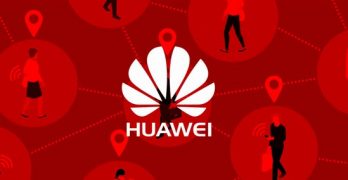