You are here: Home / Apps For PC / Titan Slayer: Card RPG Review & How To Get For Mobile & PC 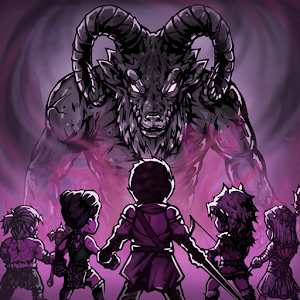 Titan Slayer is a role-playing game with a turn-based combat system, in which instead of giving direct orders to our characters, we will have to draw and play cards from a deck. In this way, the game adds a ‘deck building’ component, which will require us to carefully calculate each of our movements. The slightest mistake will be severely punished.

Although visually Titan Slayer is closer to Darkest Dungeon, the truth is that its combat system is much more similar to that of titles like Slay the Spire and the like. In each combat round we will be able to see exactly what actions our enemies will carry out, so we will have to plan accordingly. For example, if we observe that an enemy is going to inflict twenty points of damage, it is most likely that we will need to use at least two defense cards if we want to block it completely. In addition, we must bear in mind that the excess defense will not be saved for the next turn.

Each of the game’s levels is made up of a series of encounters that, of course, will progressively increase in difficulty. In addition to the difficulty of the enemies themselves, it is added that we will not recover the life points lost between combat and combat, so it is possible to arrive dying at the ‘boss’ on duty. If we want to heal ourselves between battles, we will have to sacrifice other advantages. In the end, as in all good deck building roguelites, decision making is one of the most important aspects of Titan Slayer.

When we start playing Titan Slayer we will have five heroes, each of them with three different action cards. Now, in total we can collect more than forty different characters, which we will unlock little by little as we overcome levels and get chests. As is usual in this type of game, we will also have to get character cards to be able to unlock and level them up. By leveling them up we will not change their cards, but we will improve their attributes.

Titan Slayer’s campaign mode is made up of more than thirty levels, each of them with several different combats, with a multitude of monsters. Each of these levels, in addition, has three levels of difficulty, which will provide us with additional rewards if we manage to overcome them. In addition to this ‘story mode’ for a player, we can also enjoy PvP, which will give us the possibility to measure our forces with other players from around the world. To access this mode, yes, we will first need to demonstrate our skills by reaching level 5.

Titan Slayer is an excellent turn-based role-playing game that offers a demanding and fun gaming experience, something unusual on Android devices. Players will have to learn the rules, think through their every move, and still may be defeated in some of the toughest matchups. But that is precisely the strength of the ‘deck building roguelites’ and that is exactly what this game offers.

Here we will show you today How can you Download and Install Strategy Titan Slayer: Card RPG on PC running any OS including Windows and MAC variants, however, if you are interested in other apps, visit our site about Android Apps on PC and locate your favorite ones, without further ado, let us continue .

That’s All for the guide on Titan Slayer: Card RPG For PC (Windows & MAC), follow our Blog on social media for more Creative and juicy Apps and Games. For Android and iOS please follow the links below to Download the Apps on respective OS.