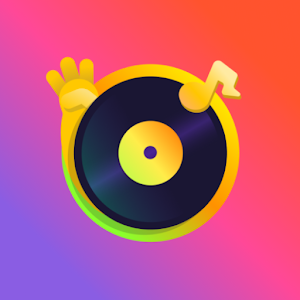 SongPop 3 is a musical game in which we will have to try to guess which song is playing as fast as possible. Normally we will compete against another player over the Internet, so the first to guess the title of the song will win.

SongPop 3’s gameplay is practically identical to that of the two previous installments in the series. A song will begin to play and we will have to choose between four different options, which will be listed at the bottom of the screen. The faster we touch the correct option, the more points we will get. Thus, the player with the best score over five rounds will win.

Before starting to play, during the process of creating our user account, we will be able to choose both our age and the type of music we like the most. In this way, the app will allow us to start playing with a package of songs with which we will feel quite familiar. For example, if we indicate that we are in our thirties and like rock music, at first we will mostly hear songs from famous rock groups from the early 2000s.

One of the funniest aspects of SongPop 3 is that as we play and earn rewards, we can personalize our profile and our avatar. We can also unlock tons of additional song packs so, in addition to playing with those we know the most, we can discover new songs.

SongPop 3 is a very fun musical game that will allow us to compete online and in real time against opponents from all over the world. Can we show that we are the ones who know the most about music? There is only one way to find out.

Here we will show you today How can you Download and Install Trivia SongPop 3 Guess The Song on PC running any OS including Windows and MAC variants, however, if you are interested in other apps, visit our site about Android Apps on PC and locate your favorite ones, without further ado, let us continue .

That’s All for the guide on SongPop 3 Guess The Song For PC (Windows & MAC), follow our Blog on social media for more Creative and juicy Apps and Games. For Android and iOS please follow the links below to Download the Apps on respective OS.