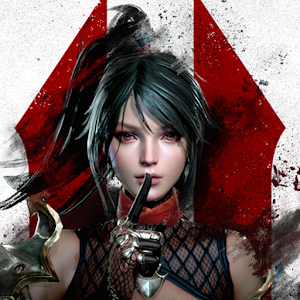 Blade II – The Return of Evil is a third person action game in which we will have to overcome missions where we will put our combat skills in play. A hack’and’slash of the old school that stands out for its graphics and animations of first level.

Its setting of sword and witchcraft and the oriental aesthetics of the models is well known by fans of the genre. We will have four character classes at our disposal, being able to use them indistinctly in each mission and raising their level and associated abilities individually, each with their own combat style: Gladiator, assassin, wizard and fighter.

Its spectacular 3D graphics and the use of different camera modes make it very comfortable when putting us at the controls with touch controls. This, together with the amount of effects resulting from our abilities and some more cinematic scenes than results, makes the experience can be considered ‘Triple A’.

Blade II – The Return of Evil is a fantastic action game halfway between the action JRPGs and the Diablo style dungeon crawlers. A fantastic title whose visual section is also spectacular, getting out of what the Freemium action MMO for Android have accustomed us thanks to production values ​​above the average.
More from Us: Find The Balance – Physical Funny Objects Puzzle For PC (Windows & MAC).

Here we will show you today How can you Download and Install Role Playing Game Blade II – The Return of Evil on PC running any OS including Windows and MAC variants, however, if you are interested in other apps, visit our site about Android Apps on PC and locate your favorite ones, without further ado, let us continue.

Blade II – The Return of Evil on PC (Windows / MAC)

That’s All for the guide on Blade II – The Return of Evil For PC (Windows & MAC), follow our Blog on social media for more Creative and juicy Apps and Games. For Android and iOS please follow the links below to Download the Apps on respective OS.

You may also be interested in: Survival Simulator For PC (Windows & MAC).

Blade II – The Return of Evil for Android: