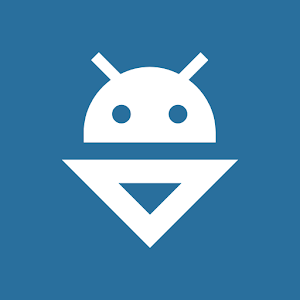 APK Installer is a free tool that allows you to install Android applications that use formats not detected by the package installer included by default in the operating system. To do this, it uses the XAPK packaging standard to support the new APK distribution system used by Google, the so-called split APKs.

This application works in both directions, so you can both create backup copies of your installed apps and install the private copies that we have in our terminal regardless of the format in which they are packaged. These are the functions it incorporates.

■ Automatically search for all apps installed on your Android device and create backup copies of them.

■ Install the APK or XAPK that are in the memory of your device and forget about its internal structure: Search, install and go!

■ Browse folders on your devices using an integrated file explorer

The way to install and download applications has evolved over the years. Until recently, installing an application using an external APK simply consisted of clicking on it on our device and letting the package installer included by default in Android do all the work. This was the case until the arrival of other standards that added complexity to the process.

The .OBB data (a file with extra information from the app in the form of multimedia files such as videos or audio) turned out to be a way to exceed the maximum size allowed by Google for uploading APKs on its platform. The change made it difficult to manually install apps by separately installing these additional files in specific folders on the device. Therefore, the most comfortable solution was to introduce the APK and the OBB data into the same compressed file and have it installed by an external tool. Thus was born the XAPK standard.

Later, Google began to use a dynamic distribution system, the so-called Android App Bundle. When a developer publishes an application on Google Play, it is “disassembled” into several pieces that are called split-APKs. From then on, many applications consisted of a base APK and many others with information related to the language of the app, the supported screen dimensions and the required CPU architecture. In this way, when a user downloads the app in question, they will only install on their device those “pieces” that are necessary for the proper functioning of it on their device, saving bandwidth and costs for both parties, both the user and of the distribution platform itself.

The goal of APK Installer is to allow Android applications to continue to be installed manually without the user having to do detailed research on file formats and destination folders. When it comes to making backup copies, the app packages all these files (APK + split-APKs + OBB if any) in a single XAPK file, so that when installing our private copies of apps we only have to look for one file and install it without taking into account formats and standards.

Here we will show you today How can you Download and Install Tools APK Installer by Uptodown on PC running any OS including Windows and MAC variants, however, if you are interested in other apps, visit our site about Android Apps on PC and locate your favorite ones, without further ado, let us continue .

That’s All for the guide on APK Installer by Uptodown For PC (Windows & MAC), follow our Blog on social media for more Creative and juicy Apps and Games. For Android and iOS please follow the links below to Download the Apps on respective OS. 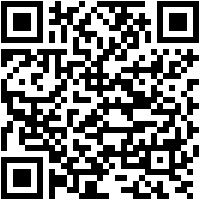