The Honor V30 is a handset with a wide focus on photography, mainly because the company has made several investments to improve the software part of the product instead of adding several lenses, which would make a good difference to DxOMark site evaluation, making that the manufacturer decided not to make it available for review.

Despite this, the company continues to show the public how much it is worth investing in this product, displaying through promotional videos the main features of smartphone photography and filming, giving justification for the application of each feature.

Like most manufacturers, Honor adds lenses focused on specific features to give the phone a diversity of use, but the main camera gets the most important implementations.

The Sony IMX600 40 megapixel sensor features a variety of technologies, including RYYB and NPU filter to work in conjunction with the Kirin 990 processor and use Artificial Intelligence to effectively apply user-selected functions. In the video below you can see the photographic work of the device internally and externally.

Still “extolling” the power of “Matrix Camera” technology, Honor shows the stabilization of moving video as well as the result of low-light capture, something that has become a hallmark of brands.

In addition to that, the manufacturer also posted some examples of photographs taken with the Honor V30 but made it clear that they are compressed files and that the overall quality of the camera’s cameras is not expressed in them.
Source: gsmarena 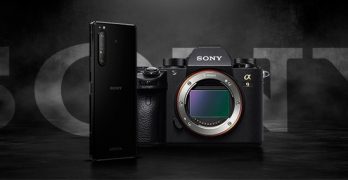