Released on February 11, the Galaxy S20 family has had a number of details revealed in leaks. We recently saw that the conventional model should hit the market with a centralized front camera and rounded corners.

Real images leaked by XDA people now confirm the full design of the Galaxy S20 Plus 5G. The first major highlight goes to the back, as the photos show that this model should be advertised with a rectangular camera module.

Inside we have an LED flash, microphone, and four cameras. At this time, we still don’t know what the resolution of each sensor is. Even so, the main lens can be 108 MP.

When we look at the front, the Galaxy S20 Plus has few edges on the sides and draws attention to the top and bottom of the device. Another important point is that the hole in the display appears to be smaller than the one found on last year’s Galaxy Note 10.

On the right side, Samsung has inserted the power and volume buttons, while the option for the Bixby wizard has been removed. For now, the manufacturer still does not confirm the veracity of the images. Anyway, we already know that the company will launch the 5G variant in a few markets.

The Galaxy S20 Plus should feature Exynos 990 or Snapdragon 865 processor. In addition, we have a 120 Hz AMOLED display, 12 GB of RAM and up to 512 GB of internal storage. Now, when it comes to price, this detail will only be known on February 11th.

What did you think of the design of the Galaxy S20 Plus? Tell us your opinion here in the comments. 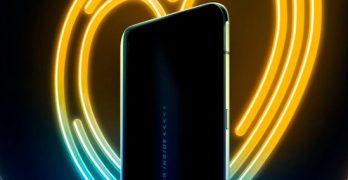